Bridging Communication between the Rural and Urban Areas

Home } Bridging Communication between the Rural and Urban Areas

If you’re roaming around the city, suburb or countryside, you may have noticed those tall triangular structures that are made of steel erected on mountains, building tops or wide-open grounds. These are radio towers, structures that are totally noticeable. However, we barely think of their importance in our lives. Perhaps, you’d only realize how important these towers are if you’re unable to receive signal on your mobile phone, radio or television. Basically, radio antenna towers are responsible for picking up and transmitting signals from and to our electronic devices in the home. Without these structures, communication would be tremendously difficult. 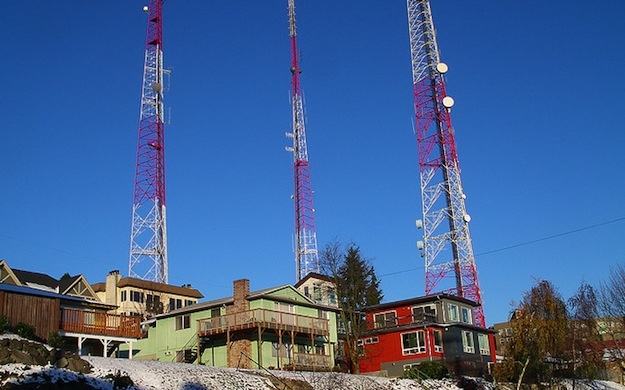 Radio towers are designed to be tall and strong because they function importantly for broadcasting and telecommunications. They are even considered some of the tallest structures made by man. Other structures such as wind turbines and electricity pylons are similar to radio towers.

If you look at the tower from a distance, you would only think that these are made of steel bars. Although you’re right about this, steel bars are only one component of radio towers. Other important materials are the following:

Radio Antenna Towers are designed to stand straight and stable and to make this possible the following structures are needed:

A Communication Towers Design is affected by both budgetary and aesthetic considerations.

1. To build a tower, factors such as height and proportion are important because costing is dependent on these. For instance, a self-supporting tower is more expensive than a guyed tower.

2. A guyed tower requires a large land to stand on hence, this fits to be perched in rural areas where land costing is relatively lower. On the other hand, an un-guyed tower needs a smaller lot therefore, it can be erected in a suburb or city location.

3. The difference between a steel tower and a concrete tower is that the former is cheaper than the latter even if they are built to have the same height.

4. Two small towers are less disturbing than one extra-tall tower.

5. Towers that are mounted with antennas look less ugly if they are mounted in a symmetrical format.

6. High-end or concrete towers can be built with an aesthetic design. Example, the Eiffel Tower in France. These towers include restaurants and observation decks. Hence, these types of towers are perceived as attractions to tourists because of its cutting-edge structure and design. Such kinds of towers are also high-maintenance.

In a nutshell, radio towers are necessary because they are made to bridge communication from remote places to metropolitan areas and vice versa.