Freeing Yourself from Distractions in a Health Camp

Home } Health } Freeing Yourself from Distractions in a Health Camp

In modern day urban areas, people have become more sedentary, and this has been closely associated with an increase in the number of people who are overweight or obese. This has been the impetus for a healthy lifestyle and diet. There is only so much that can be done with an exercise and diet regimen. Increasingly, people who want to get into a healthy lifestyle have to get a jumpstart. 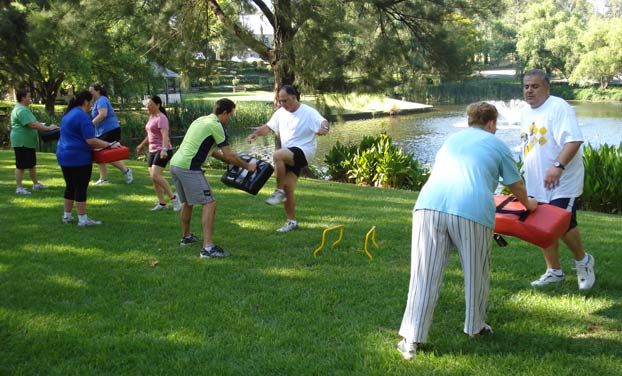 For some, the only solution is to be secluded and away from all distractions. Health retreats are viable options for those who are desperate to get on the right track. It is not surprising that such a retreat can also garner a lot of support from couples and families. It is no secret that a lot of obese persons also have family members who are also overweight. This is very true for couples who have literally grown in weight because they share the same diet and lifestyle.

Couples can go to a retreat for their weight problems. Also called a “fat camp” usually by the members themselves, such a retreat not only addresses exercise and diet, it also treats possible eating disorders or any psychological block that can cause overeating or trigger binge eating. Typically, the retreat is a way for a person to understand that there is a problem and that it is treatable, and the treatment has to start with the person concerned. Having a partner around who is also in the same boat can be a big help as it can be a mutual support group of two.

Life reboots when the retreat ends

A weight loss retreat does have to end at some point. A person cannot hang on to a regimented life away from their work and family for an indefinite period of time. The retreat is a way to re-focus or re-group as it were. It is a way to get going and moving forward. Once a direction has been set, and the individual has been given the right directions, there should be no turning back. The real help given in a retreat is the education and the support to buttress the resolve needed to stick to a leaner diet, more exercise and to stick to the goals.

After the retreat, everything is as a fresh start. The individual is given the tools to move forward. There is also the promise that it can be done, and that there is a lot at stake. It means a lot to the individual participant to look in the mirror and see that things have changed after attending the retreat.